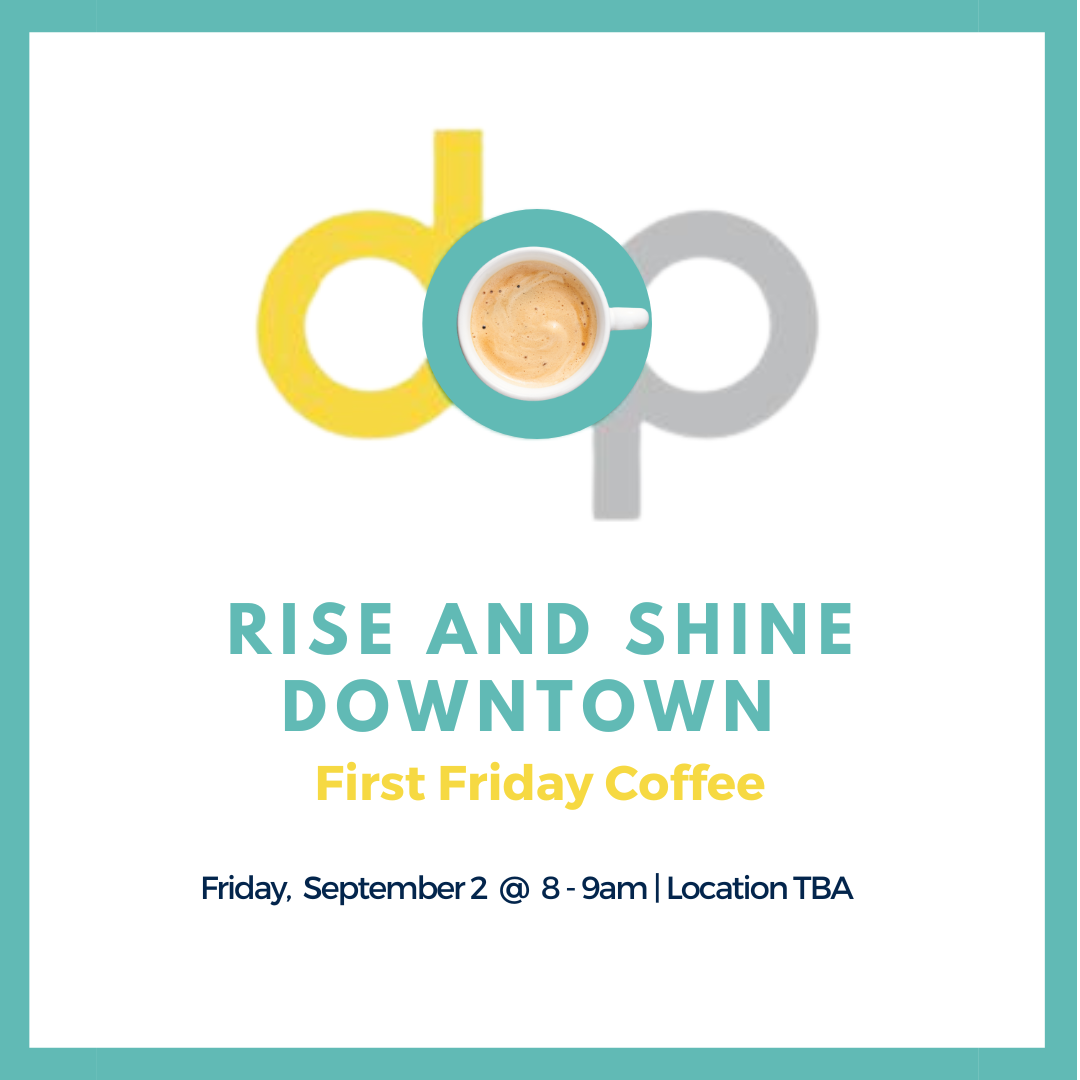 DOWNTOWN BUZZLuminary Green Park's Grand Opening Orlando Mayor Buddy Dyer and District 5 City Commissioner Regina I. Hill invite downtown residents, students, businesses and workers to join the official opening and dedication of Creative Village's Luminary Green Park on Tuesday, August 30, at 11am. The new 2.3-acre park will include an iconic trellis and a city themed photo spot. Later this fall, the city will dedicate an inaugural class of 12 luminaries who lived lives exemplified with service to the Parramore-Holden Community. Learn more about the grand opening here. 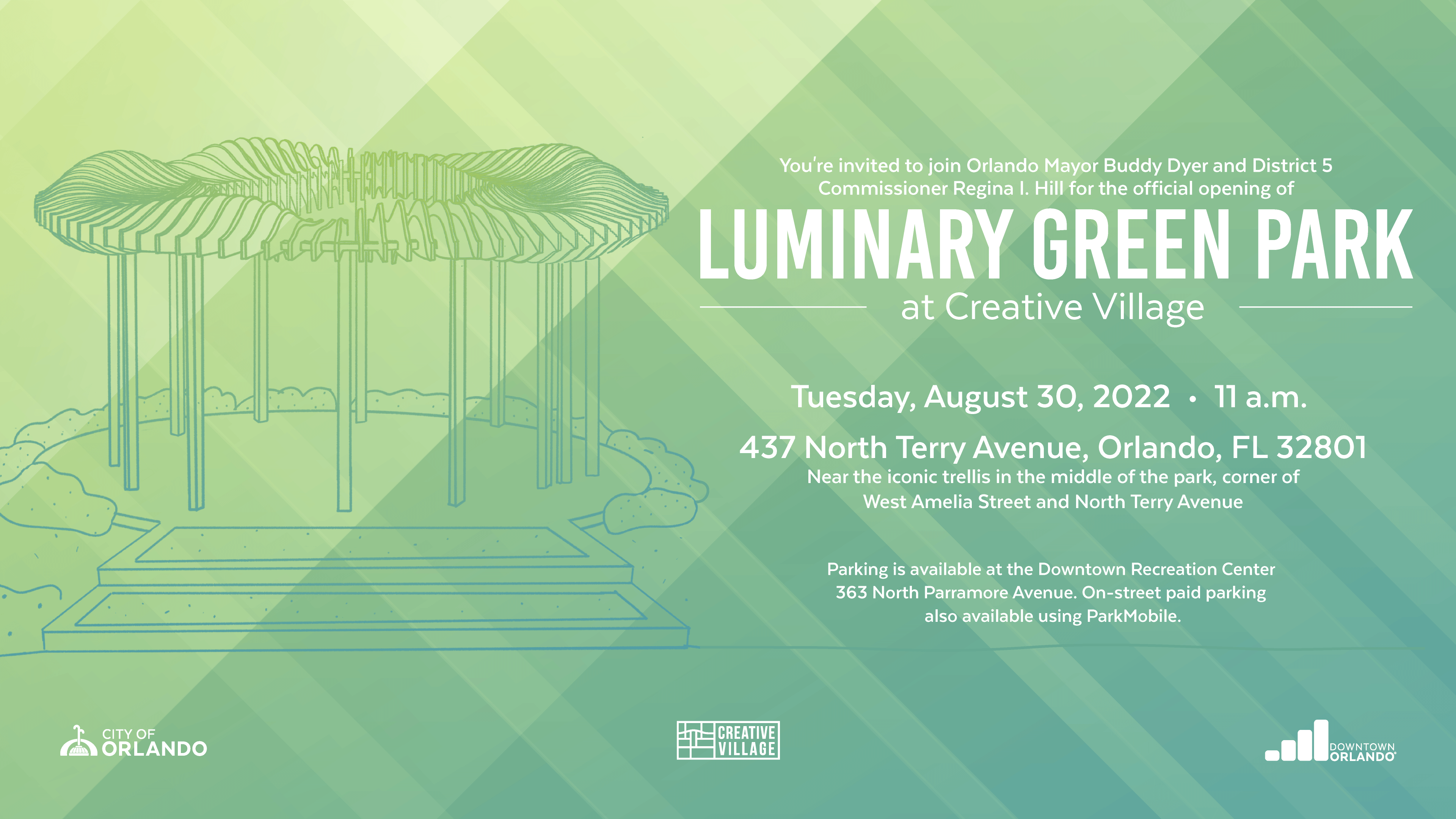 Magical Dining is Back!Visit Orlando's Magical Dining will return August 26th through October 3rd with more than 100 Restaurants participating. This is your chance to enjoy three-course, prix-fixe dinners at many of Orlando’s most popular restaurants, including our new Michelin Guide honorees, for just $40 per person. Plus, through Visit Orlando, $1 from each meal served will benefit The Able Trust, which works to help expand employment opportunities for people with disabilities. Learn more about Magical Dining here.Parramore Mural Dedication CeremonyJoin CREW Orlando for the Parramore Mural Dedication Ceremony on September 7th at 10am. Mayor Dyer, Commissioner Hill and Representative Thompson will be in attendance, along with several of the family members of those honored on the mural. The mural will be located at 101 South Terry Avenue, and completed by the end of this month. This mural will be one of Central Florida's largest mural projects that pays homage to the professionals and artists of Parramore's past, who contributed to helping Parramore rise up through segregation by providing services to it's residents when they could not get those services elsewhere. Read more about the mural project here.

DID YOU KNOW?Stax was Featured on The Inc. 1000 ListStax was among several Central Florida companies featured in the 2022 Inc. 1000 list -- the list of firms with the highest percentage of revenue growth. The combined revenue of the Orlando firms on the list was $1.9 billion, up from $1.1 billion last year. Stax showed a 972% growth in revenue from 2018-2021. Read the full article here.JFS Orlando Expanded the Pearlman Food Pantry This YearJewish Family Services Orlando (JFS) began the expansion of the Pearlman Food Pantry earlier this year, adding more space, a state-of-the-art carton flow shelving system, and a big 3-door fridge. The change allows JFS to provide more fresh, healthy food quickly and efficiently to those in need, and has served 100,000 meals already through the Pearlman Food Pantry. Contribute to JFS and support projects like Pearlman's Food Pantry here.Downtown Orlando Is Looking for Holiday VendorsDowntown Orlando is seeking holiday market vendors in retail and food & beverage for the month of December for their Holiday Market. The first one of the season will be the 2022 Tree Lighting Celebration on December 2nd at Lake Eola Park. This event is open to the public and anticipated to attract hundreds of holiday shoppers throughout the season. Are you interested in becoming a Holiday Market vendor? Submit your application here, by September 2nd at 5pm.