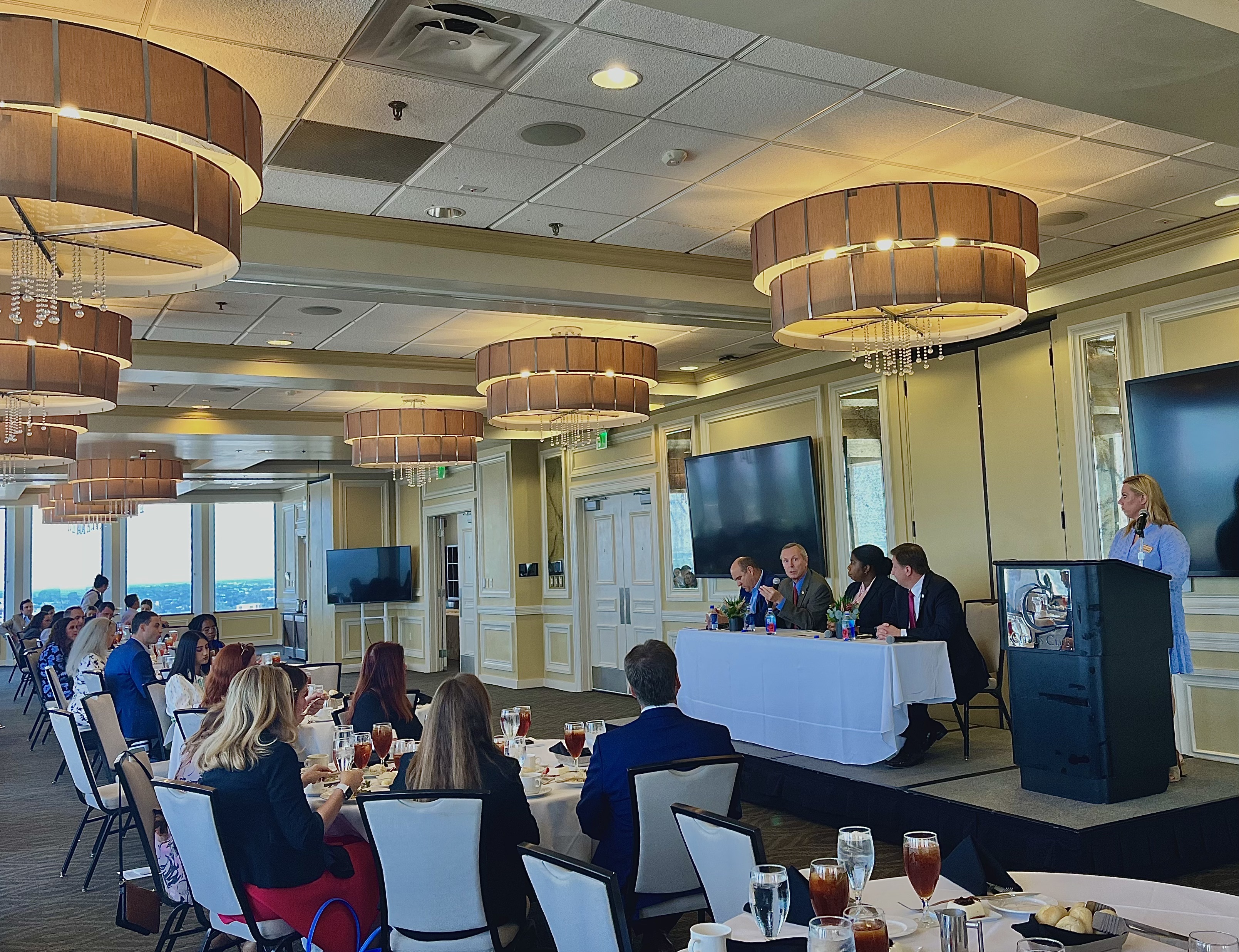 Thank you to everyone who attended the 2022 Florida Legislative Update hosted by the Downtown Orlando Partnership and Dean Mead. Special thanks to our panelists:
Stay tuned for more upcoming DOP and community partner events!

DOWNTOWN BUZZ
2022 SPORTYS
For the first time, the Greater Orlando Sports Commission is hosting an in-person watch party for the broadcast, followed by a post-show reception. The event will take place at the Orlando Museum of Art with registration opening at 6:00 p.m., followed by the live watch party at 7:00 p.m. and Orlando Sports Industry post-event reception at 8:00 p.m. Complimentary food and beverage will be available throughout the event. Purchase tickets now.

GoPegasus Joins Dr. Phillips Center as Official Partner
GoPegasus continues to go beyond transportation to connect with the arts and the community. Dr. Phillips Center for the Performing Arts yesterday announced the leading transportation and group travel company in Florida has joined as an Official Partner through a multi-year deal. They will provide transportation services for a variety of community giveback initiatives and receive branding and marketing opportunities with the arts center. Headquartered in Orlando, Florida, GoPegasus has over 28 years of experience servicing millions of people year-round. The organization recently rolled out Art on Wheels—a program that converts luxury coach buses into “moving canvases” showcasing the works of local artists to promote the region’s rich arts and cultural community. Read the full story here.

UCF Partners with United States Space Force
UCF, the nation’s Space University, has signed an agreement with the US Space Force to assist in the development of space-ready technology and a flexible workforce. After numerous Space Force officials visited UCF in March, the two organizations recently inked an Educational Partnership Agreement (EPA). “We have a lot of strengths in areas that are of interest to Space Force such as modeling and simulation, engineering and interdisciplinary research,” says Grace Bochenek ’98PhD, director of UCF’s School for Modeling, Simulation and Training who led efforts to broker the agreement." Congratulations!

DID YOU KNOW?
Arsenal vs. Chelsea Exclusive Discounted Ticket Offer
English Premier League rivals Arsenal and Chelsea, two of the world’s most popular and successful professional soccer clubs, will meet at Camping World Stadium in on July 23 for the Florida Cup. The stateside derby will be the finale of a weeklong “FC Series” expansion featuring matches across the United States. Use code GOSPORTS22 to unlock a special discount of up to 40% off the standard ticket price! Buy tickets now.

Bite30 is back in Downtown Orlando. During Bite30, participating restaurants offer special prix fixe menus that offer multi-course dinners at a set price of $33. Diners get the opportunity to try multiple dishes on the restaurant’s menu for about the cost of a single entree, and restaurants get to showcase their specialty dishes to the new customers attracted by their Bite30 menu! Restaurant-hop through the City Beautiful, experience delicious food, service and ambiance of the restaurants you really should know about.