MEET THE 2021 DOP DOWNTOWNER OF THE YEAR 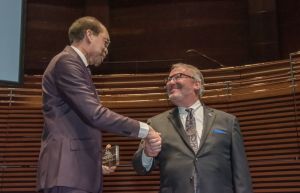 Thomas C. Chatmon Jr.
On behalf of the Downtown Orlando Partnership, it is an honor to present Thomas C. Chatmon, Jr. with the Downtowner of the Year Award. Since joining the City of Orlando in 2007 as Executive Director of the Downtown Development Board (DDB) and Community Redevelopment Agency (CRA), Thomas oversees economic development, retail and business recruitment, marketing and special events, programming, and housing development within the downtown CRA area. He has played an integral role in achieving some of Downtown Orlando’s premier developments, including Church Street Plaza, Citi Tower, Creative Village, Amway Center, the Dr. Phillips Center for the Performing Arts, Chase Plaza, 55 West, SunRail, and more. Currently, Thomas serves as the Chair of the Homeless Services Network of Central Florida (HSN) Board and on the Starter Studio Board. He served as past chair of the International Downtown Association (IDA) and on various community boards, including past chair of Nap Ford Community School, MyRegion.org, WMFE Community Advisory Board, and the Central Florida Urban League Board. A native of Albany, Georgia, Thomas has been named in Georgia Trend magazine’s annual list of 100 Most Influential Georgians and has received numerous other distinguished awards, such as the Martin Luther King Celebration Leadership Award and the Leadership Albany Outstanding Alumni Award. Thomas has been honored as one of Orlando Business Journal’s 10 Businessmen to Watch, and Orlando Magazine named him as one of Orlando’s 50 Most Powerful People. A proud graduate of Morehouse College, Thomas and his wife, Brenetta, live in Downtown Orlando.

Lake Eola Master Plan
Lake Eola Park serves as downtown’s crown jewel as well as a symbol for the City of Orlando. Since its last major renovation over 30 years ago, the park has become a destination for residents, office workers, and millions of annual visitors. It is the home to countless events, including an immensely popular weekend farmer’s market. It has been a key component of the resurgence of Downtown Orlando into the vibrant city center that it is today. The final master plan contemplated the place of the park in the context of the downtown, city, and region, along with a thorough analysis of the site and its surroundings, and an evaluation of how the park compares to other iconic parks throughout the country. The result of this process is the Lake Eola Master Plan which was released in October of 2021.

The recommendations for the master plan ensure the park is updated in such a way that stays true to the values of the community while helping to boost the local economy by attracting visitors to the area and by helping to drive continued growth. The plan has created a vision for a safe, sustainable, and innovative open space for the community to gather and be proud of for years to come. Read the full master plan here. 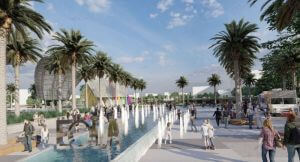 Thank you again to our presenting sponsor, AdventHealth, and our event sponsors: Addition Financial, Downtown Development Board, Dr. Phillips Center for the Performing Arts, Orlando Business Journal, Orlando Magic, Orlando Museum of Art, and OUC – The Reliable One.