UPCOMING DOP EVENTS
Save the Date!

DOWNTOWN BUZZ
FAME DTO
Join in on May 6th at 6:00 PM, at City Arts Gallery, for a one of a kind event celebrating the cultural renaissance emerging in the city beautiful Orlando. FAME will be an immersion into the culture of Orlando taking place in the heart of the downtown arts district FAME stands for Fashion, Art, Music, Experience and will highlight local artisans showcasing various forms of artistic expression. Get your tickets here.

Karol G Plays First Headlining Tour at Amway Center on September 24
Karol G Announces The $Trip Love Tour, the most impressive tour of her career with a stop at the Amway Center on Saturday, September 24th. After setting multiple sales records with her previous Bichota Tour, Karol G promises to make her new $trip Love Tour the most impressive of her career, where she brings to life all the greatest hits of her musical repertoire. During the last two weekends, the artist made two stage appearances at the acclaimed Coachella Valley Music and Arts Festival. The singer-songwriter not only represented Latin America on a world-class stage but also captivated the massive audience, delivering all of her musical prowess accompanied by lavish production and special guests. Tickets will be on sale April 29th. For more information, click here.

DID YOU KNOW?
Lunch & Learn: Lue Gim Gong, The Citrus Wizard
Born in China in 1857, Lue Gim Gong moved to DeLand in the 1880s and quickly became known as the “Citrus Wizard.” Learn more about his fascinating career in agriculture and how he changed the Florida citrus industry forever. This event is on May 6th, at 12:00 PM at the Orange County Regional History Center. For more information about this insightful event, click here. 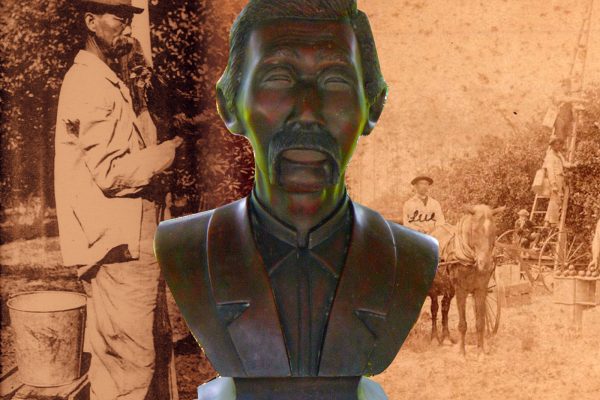 The SpongeBob Musical
Celebration Theatre Co. returns for their 4th Season in the Dr. Phillips Center for the Performing Arts with the Orlando premiere of The SpongeBob Musical! The stakes are higher than ever in this dynamic stage musical, as SpongeBob and all of Bikini Bottom face the total annihilation of their undersea world. To get your tickets, click here.