UPCOMING EVENTS
Save the Date!

DOWNTOWN BUZZ
International Holocaust Remembrance Day
Join the Holocaust Memorial Resource & Education Center of Florida on January 27 from 5:00-7:00PM for their 2022 International Holocaust Remembrance Day program. During this in-person event, guests will hear from Abe Pizam, the founding Dean of Rosen College of Hospitality Management at the University of Central Florida and Holocaust Survivor. This will be the first time Abe will tell his story outside of his immediate family. This annual commemoration marks the anniversary of the liberation of Auschwitz-Birkenau by Soviet troops on 27 January 1945. It was officially declared, in November 2005, International Day of Commemoration in Memory of the Victims of the Holocaust by the U.N. General Assembly. Register here.

Where: The Holocaust Memorial Resource and Education Center of Florida (Note: This program will also be live-streamed virtually.)
Addition Financial Celebrates 85th Birthday and Launches Charitable Foundation
To celebrate 85 years of service to the Central Florida community, Addition Financial has launched a charitable foundation. The Addition Financial Foundation, whose mission is “to foster empowerment in our community through financial education and charitable giving,” will focus heavily on supporting education-based initiatives and underserved communities. Over the years, the credit union expanded to serve members across 24 counties, eventually changing its name to Addition Financial to reflect the diversity of its membership outside of the education community. The credit union has been recognized locally and within the industry for its community engagement efforts, and is consistently rated 5 stars by BauerFinancial for its strength and security.

DID YOU KNOW?
Basquiat's 1982 Heroes and Monsters Ball at Orlando Museum of Art
Heroes and Monsters presents a rare group of paintings from a private collection that are being shown for the first time at the Orlando Museum of Art. The 26 works were created in 1982 while the artist was living temporarily in Los Angeles, California. This is considered by many to be Basquiat’s best period in his short career. By 1982, he had established his distinctive raw expressionistic style and the symbolic vocabulary that would continue to recur in his work. His paintings often contrasted powerful forces within society and perhaps within himself as seen in Heroes & Monsters: Jean-Michel Basquiat, The Thaddeus Mumford, Jr. Venice Collection. Celebrate the opening of the exhibit on February 11 from 8pm-12am. The lights are low, the bar is open, and the music is playing. This is a 21+ event. RSVP Here. 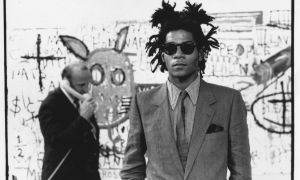